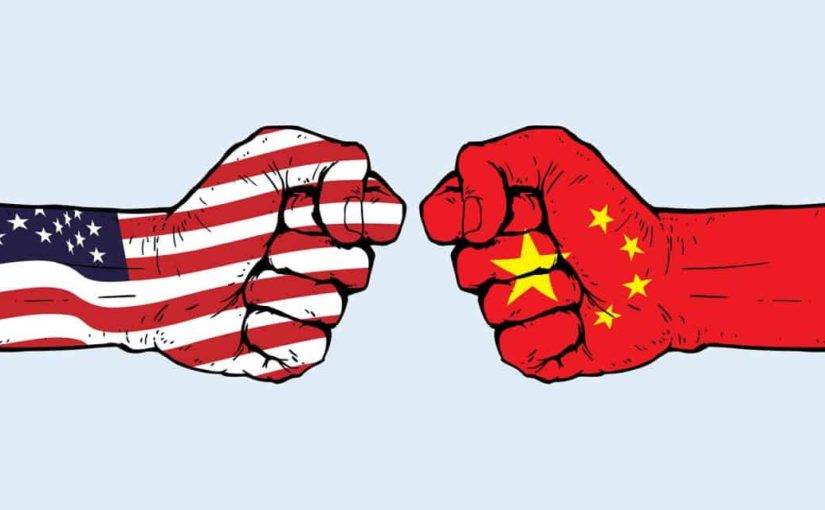 When all is said and done, the United States will likely come out of this trade war as the unanimous victor. Economically, China simply cannot keep up with the United States when it comes to handling tariffs. Although both countries may see their exports suffer, the results for China will be much worse, given that 14% of the Chinese economy is dependent on exports to the US, compared to just 4% of the US economy that is dependent on exports to China.  This trade imbalance will cause the Chinese economy a lot more pain than what their counter tariffs can possibly inflict on the United States. If China doesn’t take the necessary steps to end this trade war, their economy will suffer massively in comparison to the United States.

The Trade War is Making Our Trade Deficit Grow

Despite the fact that the United States will probably win the trade war, the overall consequences will not be great for the United States. China currently enjoys a massive $375 billion annual trade surplus with the United States, by taking the bull by the horns, President Trump has sought to cut this deficit and negotiate a fairer deal. However, the overall strength of the US economy and higher interest rates have led to a sharp increase in the value of the US dollar which is likely to have just the opposite effect and end up actually increasing the trade deficit with China.

Since January, when the President first announced his tariffs on China, the value of the dollar against the yuan has increased strongly. In early February, less than a month after the President’s announcement regarding tariffs, 1 US dollar was worth 6.27 yuan. However, since then, by mid-September when the President’s tariffs took effect, the value of the dollar against the yuan has appreciated and is now trading at 6.87 yuan to 1 USD, a near 10% increase. (The value of the euro against the Chinese yuan has appreciated less than 1.1% in the same time period). A strong dollar promotes imports but is disastrous for exports, as companies find it easier to import, given that foreign goods become cheaper relative to domestic production. This strength in USD is detrimental for the trade deficit, the thing President Trump set out to reduce and is frustrating The President’s attempts to achieve a balance in trade.

Trade War Will Not Produce Results Trump Hopes For

President Trump was right in attempting to fight China’s unfair trade practices, as the communist nation has been fleecing the United States economically for years. However, a trade war may not have been the way to do it. The President may come out politically victorious from this ordeal, as China will be forced to concede and reshape its trade policies, something that no other US President has achieved.  But economically, President Trump has already lost, as the value of the dollars continues to strengthen which will hurt the overall exports and increase our trade deficit not just with China but more broadly against all our trading partners.

The implications of an increasingly strong dollar far outweigh the implications of Chinese concessions over trade policies. While President Trump should be commended for tackling this complicated issue which most previous Presidents have failed to address.  President Trump needs to fight this battle on many fronts not just taxing imports. A good place to start would be to provide incentives to grow export-oriented sectors of the economy…

One thought on “Winning the Trade War Doesn’t Mean Victory”