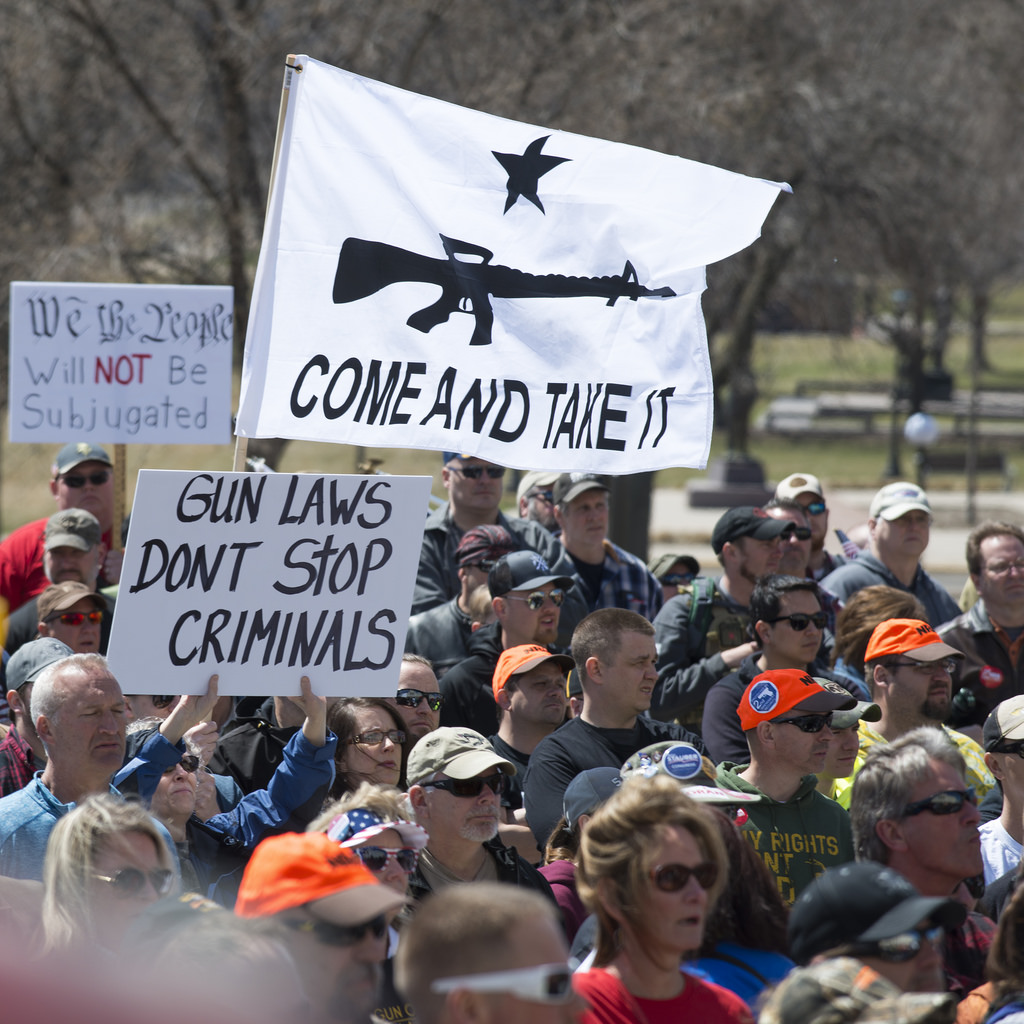 In wake of the recent shooting, it seems like the only thing on the news is another person yelling at the NRA and pushing for more gun laws. Yes, the Florida shooter used a legally obtained AR-15 to kill 17 students at Stoneman Douglas High School. But the reality is, further gun laws and the gun laws the Left is proposing would have never stopped the recent shooting.

In fact, further gun laws would most likely make it easier for a gunman to get away with a mass shooting and would do nothing to stop another shooting. According to crimeresearch.org, from January 1998 to December 2015, 96.2% of mass public shootings occurred in gun free zones. The reality of gun laws is that all they do is prevent law-abiding citizens from protecting themselves. Guns don’t kill people, people kill people and at the end of the day mass shootings and homicides are committed by people, often with mental health issues, not guns.

In the past, gun laws have been able to do absolutely nothing in stopping mass shootings. In the US, each mass shooting makes it clearer and clearer that gun free zones make it easier for more mass shootings to happen. For example, in the San Bernardino shooting that killed 14 in California, gun laws did nothing to stop the killers. California is known for their extremely strict gun laws, yet their gun laws seemed to do nothing to stop this shooting. The killers bought their guns legally and the laws were unable to stop them, yet another example of the failure of gun control. On the contrary, there have been many instances where a law-abiding citizen with a concealed carry on has been able to stop mass shootings. Recently in Texas, the church shooter was subdued by a man wielding an AR-15 preventing him from killing more people and halting what was already a terrible mass shootings. This is just one example of a law-abiding citizen stopping a mass shooter. In 2015, an Uber driver stopped a potential mass shooting when he used his concealed carry on to injure and subdue a gunman who had fired into the crowd. These are just two examples of people with legally obtained guns and were able to stop mass shootings. Yet the left insists on pushing gun laws, making harder for civilians to obtain guns. The left doesn’t seem to realize that civilians are sitting ducks in gun-free zones with the presence of a shooter.

While examining gun control in other countries, the results show no real trend on whether gun control works in protecting civilians. In some countries, strict gun laws have proven ineffective, while relaxed gun control laws have worked. For example in France, there are greater regulations on semi-automatic weapons than the US and yet France had more casualties due to mass public shootings in 2015 than Obama did in all 8 years of his presidency. In France, these extended gun laws have been unable to protect citizens and have made it more dangerous for law-abiding citizens. One example in which lenient gun policies have worked can be seen in Switzerland. Switzerland had the 3rd most guns per capita in the world according to a 2007 Small Arms Survey, but experienced only 2 homicidal gun deaths per 1 million people in 2010, while the United States experienced 36. This case study of Switzerland is one example of how a lack of gun control laws can lead to low gun violence. The harsh results of French gun control and the successful results of Swiss gun control can be applied to the United States in order to help stop further mass shootings.

In other countries, the case is different and strict gun control laws have proven effective in stopping gun violence. In Japan, for example, there are intense gun regulations making it extremely hard for citizens to obtain guns. Yet in Japan, there is little to no gun violence compared to gun violence seen in some parts of the United States. Unfortunately, the case of Japan seeing low gun crimes due to strict gun laws, cannot be applied to the United States. This is due to the origins of gun control in each country. According to Iain Overton, executive director of Action on Armed Violence, “ever since guns entered the country, Japan has always had strict gun laws”, meaning from the beginning Japan had implemented strict gun policies. The United States, on the other hand, was founded on the basis of guns and civilian gun ownership with the 2nd Amendment published in the Bill of Rights stating “the right of the people to keep and bear Arms, shall not be infringed”. Any legislative pushes to try and have gun laws similar to Japan would fail miserably, as civilian gun ownership is what the country was founded on. The United States’ reluctance to stick to the Second Amendment and its roots was on full display in the Supreme Court Case District of Columbia v. Heller, where the Supreme Court ruled that the Second Amendment protects an individuals gun rights. In addition to the impossibility of the Second Amendment being altered, the United States already has around 300 millions guns, making it almost impossible to enforce strict gun control laws, when there are already so many guns in circulation. Banning guns would also hurt the country economically as it would hurt the major firearms industry. While Japanese handling of guns is a prime example of how gun control laws have worked in other countries, the ideals of these laws cannot be applied to the United States due to the 2nd amendment and the market of firearms already in the United States.

The best solution for stopping these horrible mass shootings in the US is, in fact, lifting restrictions and getting rid of gun free zones. It’s no coincidence that over 95% of mass shootings are in gun free zones. There are too many guns in this country for a criminal not to get their hands on one, and gun free zones only prevent the law-abiding citizens from getting their hands on one and using them for self-defense. Police are simply just unable to respond fast enough to stop mass shootings before too many people have died. After all, the only person that will be obeying a gun law is a law-abiding civilian, not a criminal.

The real issue in the United States that needs to be addressed is mental health. Guns in the right hands will allow for self-defense, but guns in the wrong hands can turn deadly. Guns do not do the killing, people do the killing. Mental health in this issue has become the problem no one is addressing, but addressing this issue correctly can lead to much less gun violence, and the US must make sure a mentally ill individual cannot get their hands on a gun. But that does not mean preventing law-abiding citizens from getting guns, who will be able to defend themselves with guns and help prevent further mass shootings.

16 thoughts on “The Harsh Reality of Gun Control”